When it comes to men and love, it’s true that most of them tend to voice their feelings and utter those three magical words I love you less than women do. However, it’s also true that when a man is truly and deeply in love with you and knows your worth, he’ll make sure you know it.

When a man is aware of who you are and how much you mean to him, he’ll never let you question his feelings for you and where you stand in his life. Instead, he’ll make sure he treats you the way you deserve to be treated and make you feel like you’re the happiest and most important person in the world.

When a man knows your worth and how amazing you are, he’ll treat you just like this:

1. First things first, he’ll make sure he catches you once you fall for him.

When a man is aware of your worth, he won’t make you fall in love with him without having any intention of reciprocating your feelings. He won’t string you along or play mind games with you.

Instead, he’ll make sure you know you occupy a special place in his heart and he’ll do his best to prove to you that you didn’t make a mistake choosing him.

2. He’ll make sure you know you can always rely on him.

When you’re in a relationship with this kind of man, you’ll never need to think twice before asking for his help. You won’t need to worry about whether it’s 2 o’clock in the afternoon or 2 o’clock in the morning because he’ll always be available for you.

When a man is truly in love with you, he’ll never make you feel like you’re a burden to him. Instead, through his kindness, compassion, unselfishness, and willingness to always be there to help and support you, he will prove to you that you stand high on his list of priorities and that he’s always willing to squeeze you into his schedule. 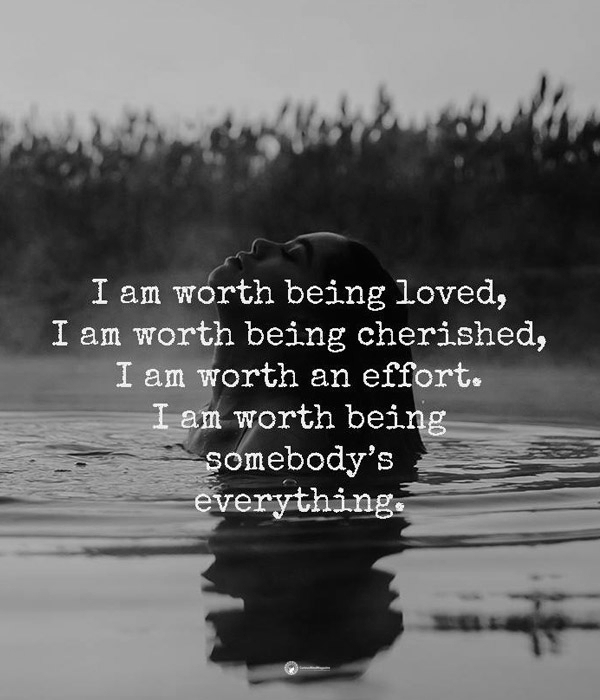 3. He’ll never make worry that he might disappear out of the blue.

When a guy is aware of your worth and how important you’re to him, he’ll never do an immature, inconsiderate, disrespectful thing such as giving you the brush-off or disappearing out of the blue.

Instead, he’ll make sure you know how much he loves you and how much you mean to him. And if his feelings for you change, he won’t disrespect you by ghosting you or acting like he doesn’t give a damn about you, but he’ll be open and direct with you.

4. He’ll never make you doubt his love for you.

You might have often had to struggle with this kind of doubts in your previous relationships, but when you’re with a man who is genuinely and deeply in love with you, these doubts will never cross your mind. Why?

Because he’ll wear his heart on his sleeve. You’ll feel his love in the way he treats you. In the way he looks at you and touches you.

5. He’ll ensure you feel comfortable expressing your feelings around him.

He’ll never make you feel like you’re too sensitive or too dramatic or like you’re suffocating him with your worries and problems. He’ll make sure you let all your feelings out of you because he wants you two enjoy a relationship that is healthy, meaningful, and harmonious. 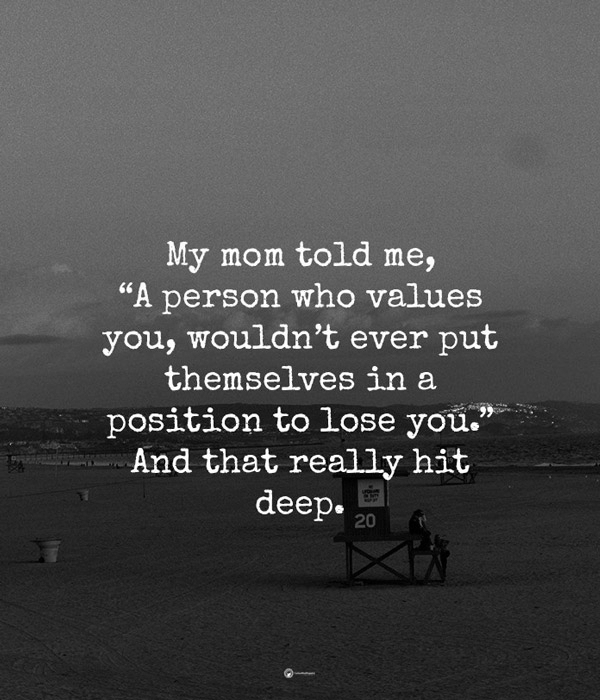 When a man is aware of the worth of the woman he loves the most, he’s not ashamed to show how proud of her he is. He lets his friends and family know how amazing she is.

When your man is proud of everything you are and everything you do, you can be sure that his loved ones will know everything about you and admire you as well even before they meet you thanks to the great words and stories he will tell them about you.

Additionally, he’ll be willing and more than thrilled to meet your family and friends and he’ll make sure he gets along well with them because he knows how important they are to you.

7. He’ll include you in his plans for his future.

You’ll know that you’re with a man who truly loves you and knows your worth when he imagines his future with you. He’ll be thrilled to talk about the things you’ll be doing together or about the house you two will be living in and the places you’ll visit in the future.

When a man truly knows your worth, his greatest wish is to spend his future with you, and his biggest fear is losing you.