I’ve seen so many terrified and insecure people settling down. I’ve heard stories about marriages between two mature individuals who cannot stand each other.

I’ve heard about people who were so pressured by the society that they finally gave in and settled down for just about anyone because they were too afraid that they might end up alone.

And I can’t help but wonder… why would you do this to yourself?

Is a relationship, a comfortable marriage, or a safe future all there is to life?

Are we really that desperate that we’ve suddenly reached the stage of accepting whatever comes our way?

People, being alone is not scary. It’s not a sickness. And it is definitely not a curse. Being alone doesn’t necessarily means that someone is lonely. Stop allowing society’s poor standards affect you. Stop letting other people’s insecurities put you down.

Being alone is the best thing you can do for yourself until you finally cross your paths with the charming knight on a white horse/ the beautiful princess in the magical forest.

Being alone is better than settling for shitty, annoying dates that make you want to vomit for actually agreeing to go out. It’s better than pretending you’re having fun with someone when all you can think about is your warm bed. It’s better than giving yourself to a man who sees you only as a trophy wife and doesn’t give a damn about you. 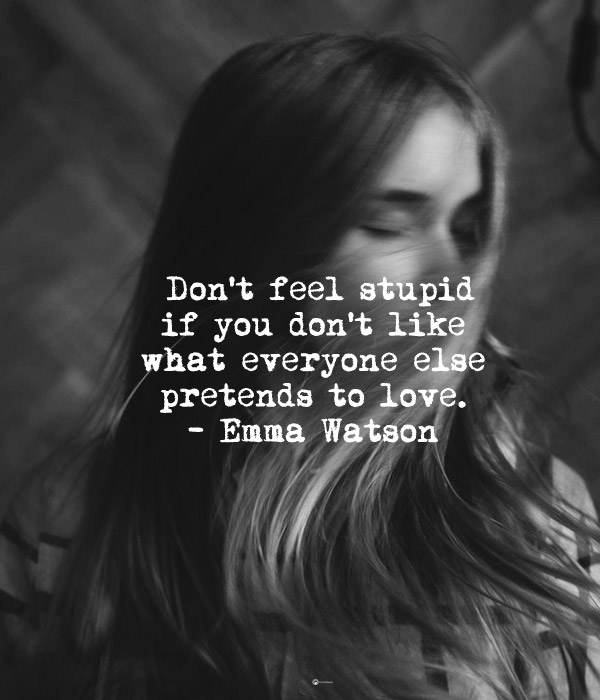 Be alone if you have to, but never settle for half-assed love.

Be alone until you meet someone who will inspire you, motivate you to work on yourself and help you open your wings and fly. Someone who won’t be intimidated by your big dreams, but on the contrary, someone who will celebrate your achievements as they were their own.

I know these people are very rare to find nowadays…

But, life is short. And we only get one.

So, stay alone until you meet someone who is worthy of your love.