When a narcissist, sociopath, or psychopath enters your life, it means only one thing – chaos. And one thing’s for sure, these people don’t look in real life the way they’re depicted on TV and in film.

Thus, most narcissists aren’t serial womanizers and drive big, expensive, fancy cars. Most sociopaths aren’t serial killers and thieves. And most psychopaths aren’t disturbed, unhinged murderers. So, if you thought these social predators are easy to spot in the day-to-day, know they aren’t.

These people make up a solid percentage of the population and the chances are that you have encountered one of these extremely negative, toxic, people. In fact, they can be the friend, family member, ex-partner, or coworker who makes you feel confused, self-conscious, jealous, and even crazy when you interact with them.

That’s why it’s important for you to be able to detect the potential problem person before you fall too deep into their trap.

1. They possess a superficial charm.

When these people mark you as their target, they use their charm to lure you into their trap. But their charm isn’t natural. Instead, it’s precisely suited to their victim. Thus, they’ll give you compliments or gifts and act like they’re the shyest, modest, kindest, most compassionate people you’ll ever meet. They’re the best at making you feel “special”.

These social chameleons possess a variety of personalities, each and every suitable for their needs. So, if you notice inconsistencies in someone’s behavior and that they often change from being the nicest and most loving person into a most manipulative and cruelest one, know that chances are that person may belong in one of the three categories.

2. They manufacture their reactions.

They’ll deliberately create chaos and then act innocent while they blame you for reacting. They’ll try to annoy you and provoke your anger and then when you react (which is totally understandable and expected), they’ll act surprised and even arrogantly inform you that they are “not going to have this conversation with you again.”

And of course, you’ll eventually start to feel like a hypersensitive, unstable, crazy nutcase. 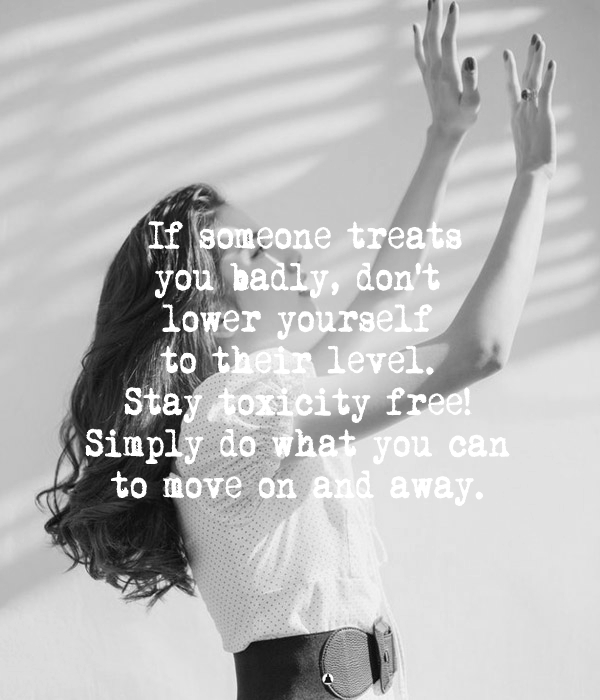 3. They have different personas.

Such people never show their true colors. Instead, they have different personas and they constantly rearrange them depending on their victim and what they need to get from him/her. Thus, they can be a loyal, supportive friend one moment and the most selfish and inconsiderate one the next.

No matter how hard you try to reconcile the two personas you’ll never succeed in it. You can only start doubting your own logic and sanity, which is these social predators’ main goal.

These people, especially psychopaths, lie constantly, even when they don’t have any clear motive to do that. They’re so used to and skilled at switching between their different personas and changing stories that lying comes naturally to them.

These people would never admit they were lying to you, so if you try to question their lies, know that you’ll only make them use this against you and even accuse you of being paranoid.

5. They don’t take responsibility for anything.

Whether it’s for paying bills, fulfilling their tasks at work, or admitting to their mistakes and wrongdoings, these people refuse to take responsibility for their actions.

If they notice you’re a trusting, kind, vulnerable person – all in all, a perfect scapegoat, don’t doubt they’ll shift the responsibility onto you.

6. They feel no remorse.

Such people are incapable of feeling remorse and shame. They’ll lie, manipulate, steal, and cheat on you, but they’ll never feel guilty of it. They simply have no conscience. What’s even worse, these people, especially psychopaths, seem to find a lot of pleasure in inflicting pain on others.

Therefore, if such person ever hurts your feelings, don’t expect them to apologize to you because you’ll have to wait a lifetime to receive their apology. The only time they can apologize to you is to save their thick skin or if they still need something to get from you.

7. They’re incapable of building healthy, meaningful relationships with others.

Trust, love, attachment, loyalty are concepts they know nothing about. They change allegiances without too much thinking. Whether this person is a friend, family member, coworker, or just an acquaintance, they can easily make you think that you have a connection based on trust and respect with them, but the truth is, they can build that bond with anyone.

Thus, if you no longer serve their needs, they won’t hesitate to stab you in the back the moment you turn around. They’ll reveal your secrets, say ugly things about you to others, and make you look like you’re the “bad guy” not them.

8. They turn people against each other.

When such a person enters your life, you’ll find yourself having bad opinions and even disliking people you have never even met. They’ll say bad things and spread rumors about others so as to poison your mind and turn you against them. And of course, they’ll play these vicious games while hiding behind an innocent, concerned, compassionate face.

To be in the center of attention and in control over others, they’re prepared to do anything, even if that means destroying other people’s relationships.