Dating a narcissist is the worst kind of relationship one can ever have. Things never end well. And the reason is simple – narcissists are incapable of building healthy, meaningful, harmonious relationships.

No matter how much effort you put in the relationship and no matter how hard you try to reach the heart of narcissist, you’ll never get him to love another person than himself. When you’re in a relationship with a narcissistic guy, you get used to always being treated like an option and never a priority.

You’re dating someone who only gives you crumbs of attention and always puts his needs and desires before yours.

You’re in a relationship in which your only role is to boost your guy’s ego because he has an inflated image of himself. He believes he’s smarter and better than you and treats you like his inferior. As a result, you lose your sense of self-worth and self-respect.

You feel there something wrong about the relationship, and still, you don’t do anything about it. You stay in the relationship for an unusually long time due to the false sense of security it gives you and the fear of being alone. You’d rather settle for these kinds of guys and endure emotional pain than solitude.

When you finally find the courage to break free from the relationship, you’re faced with another obstacle. You meet a guy who’s nice to you and treats you with love and respect, but you find it very hard to trust and give in.

This guy will be a total opposite to your a**hole of a narcissistic ex and here are 7 things you can expect from him:

Your narcissistic partner made you feel bad about yourself and doubt your decisions and all the choices you made.

But, this person will believe in you. He won’t doubt your mental abilities and strength. He’ll always cheer you on because he believes you can achieve anything you set your mind to. This guy will help you regain your confidence and face whatever life throws your way head on.

You couldn’t trust his words because you caught him lying to you many times and he never bothered to keep his promises.

But, this guy will be honest and patient with you. He’ll wait for as long as it takes you to get rid of the stress and negative feelings from your last relationship and start to trust him. He’ll show through his actions that he deserves to put your faith in him. 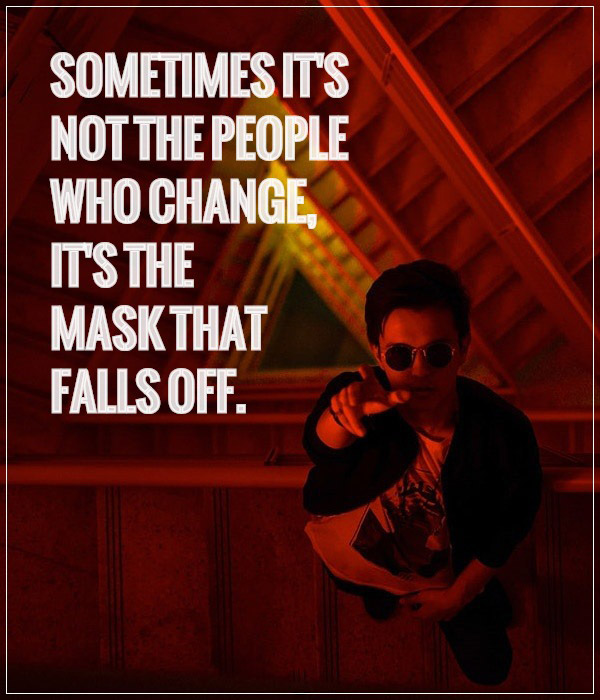 You might feel weird to see that there’s a guy like this one. Unlike your selfish, conceited, and detached narcissistic ex, this guy will go out of his way to make you feel happy and show how important you’re to him.

He’ll be compassionate and kind to you. He’ll treat you with respect and dignity because you know this is the only way you deserve to be treated. This guy will make you feel good about yourself, but most importantly, he’ll let you know how much he loves and appreciates you.

4. He’ll pay attention to what you have to say.

In your last relationship, your opinions and ideas were never heard. Your narcissistic ex made you feel like whatever you said was irrelevant and wrong. But this guy will show interest in your opinions, desires, and dreams because he wants to know everything about you, including your past.

Most importantly, you’ll feel free and comfortable to share with him all your ideas, opinions, plans, and problems as well without being afraid that he might judge and criticize you.

5. He won’t be ashamed to apologize.

In your last relationship, you were used to having angry fights and screaming. And oftentimes, in order to avoid this, you apologized even for things that weren’t your fault.

However, with this guy, it’ll be different. Of course, you’ll have fights, all couples fight. But, you won’t be the one who will always take the blame for whatever goes wrong in the relationship. If he’s wrong, he’ll admit it and won’t feel ashamed to say: “I’m sorry, honey, I was wrong.” This guy knows that taking responsibility for one’s mistakes and wrongdoings is a requirement for a healthy, successful relationship.

6. He won’t manipulate you.

In your last relationship, you had to walk on eggshells fearing you might say or do something that could make him lose his temper and take his anger out on you.

However, in this relationship, you’ll feel safe and comfortable to speak your mind about anything you want. You won’t have to keep your problems to yourself and if he does something that really bothers you or even hurt your feelings, you’ll be able to talk things through with him.

He’ll never ignore or gaslight you or blame you for things that are not your fault. Instead, he’ll always be honest and discuss all problems with you like a mature, responsible grownup.

He’ll show you that love doesn’t have to be demeaning, hard, and painful. Instead, he’ll teach you that true love is about: caring about and respecting someone; treating someone with kindness, affection, compassion, and dignity; truly wishing the best for someone and trying the hardest you can to make them feel happy and emotionally filled.

He’ll show you that genuine, deep, once-in-a-lifetime love is when you look at each other’s eyes and both of you feel like home.