In a fast-paced and technologically centered society that encourages us to make quick decisions and always act decisively, effectively, and without prior thought, there are people who simply don’t follow the “think on your feet” trend. They prefer to take the time to carefully consider their actions, opportunities, and their place in the world. The deep thinkers.

Instead of rushing things and making hasty decisions, they look right into the depth of things. They carefully analyze everyone and everything around them. This makes it hard for them to enjoy when they start developing feelings for someone without finding some meaning behind it.

Due to their tendency to think profoundly and high standards, deep thinkers don’t enter a relationship with someone if they’re not 100 percent sure that the other person has everything they look for in a partner. So, it turns out that this type of people is not “deep” only when it comes to thinking, but to their relationships as well.

Here are 10 reasons why deep thinkers have a difficult time falling in love:

1. They know that love is not enough.

Deep thinkers know that love alone is not enough to create a healthy, deep, successful relationship. It takes more than that.

They understand that meaningful relationships, besides love, also require trust, compatibility, respect, loyalty, and commitment. That’s why they very often overanalyze the personality characteristics and behaviors of others.

2. They rationalize their feelings.

Unless they’re able to find some kind of deep meaning behind their feelings, they can’t enjoy them. That’s why it’s difficult for them to accept their feelings and simply follow their hearts and surrender to love. 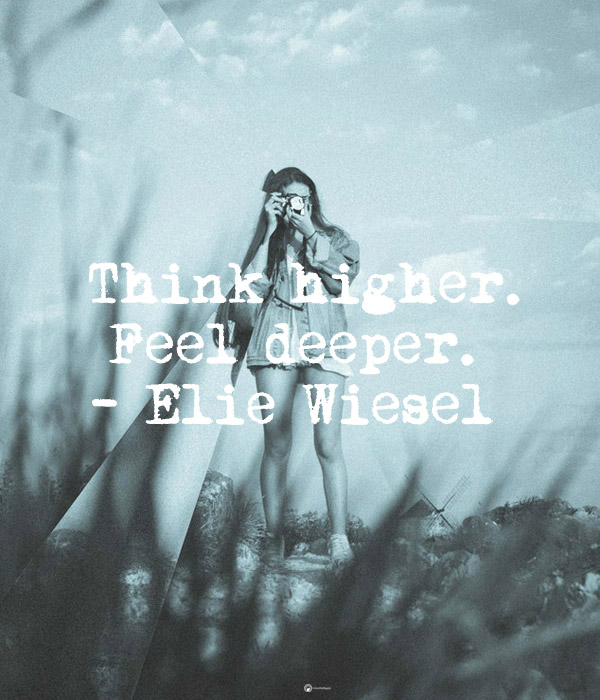 3. They fall in love with ideas.

Of course, they are deep thinkers, so it’s all about ideas with them. They’re attracted to things that appear appealing and make sense to them. That’s why they can easily fall in love with the idea of someone.

And in cases where their idea of someone doesn’t really match the actual person, they struggle to accept the reality – the reality that is not that appealing and logical as it first appeared to them.

4. They attract partners to fill voids in their life.

It’s a very common thing for deep thinkers to use their relationships as a healing mechanism. They’re perfectly well aware of their weaknesses, insecurities, and vulnerabilities, which is why they often get into relationships so as to fill voids in their lives and heal their wounds.

Unfortunately, this may prevent them from fully investing themselves in the relationship.

5. They try to protect themselves from potential pain by identifying the flaws of potential partners.

Deep thinkers understand very well that nobody is perfect, but still, that doesn’t stop them from focusing on and identifying the faults of their potential partners. To determine whether a person will fail them in a relationship, they’ll point out all their bad and annoying habits, quirks, insecurities, and failures.

Of course, they often do this unfairly because we can never know, or I should better say predict, whether our partner will emotionally hurt us and we all fail at some point.

6. They overthink even the most obvious things.

Whether it’s their career, friendships, or love life, deep thinkers overthink everything. As a result, they often unnecessarily complicate simple, obvious things. They can spend a lot of time and energy overthinking why someone looked at or talked to them the way they did.

Deep thinkers can also overanalyze the reasons why someone rejected them, which often negatively affects their self-esteem and leads them to think they’re unworthy. A deep thinker can even overthink something as simple as what to say on their first date with someone.

7. They fall in love with who a person is rather than how they make them feel.

Deep thinkers love someone not because they feel butterflies in the stomach and their heart beats like crazy when that person walks by, but because they share similar beliefs, goals, interests, and future plans with them.

A deep thinker is always more interested in a person’s character rather than on what feelings he/she provokes in them. Therefore, they’d never settle for a person whose character and behaviors don’t match their own.

8. They have high standards.

Mediocre, one-sided relationships are not for them. A deep thinker will only settle for a person who will get along with them, intellectually challenge them, and inspire them to grow, both on a personal and professional level.

And if this means that they’ll have to wait a little bit longer until they find the person that they can fully invest themselves in, it’s not a problem for them – they have all the time in the world. 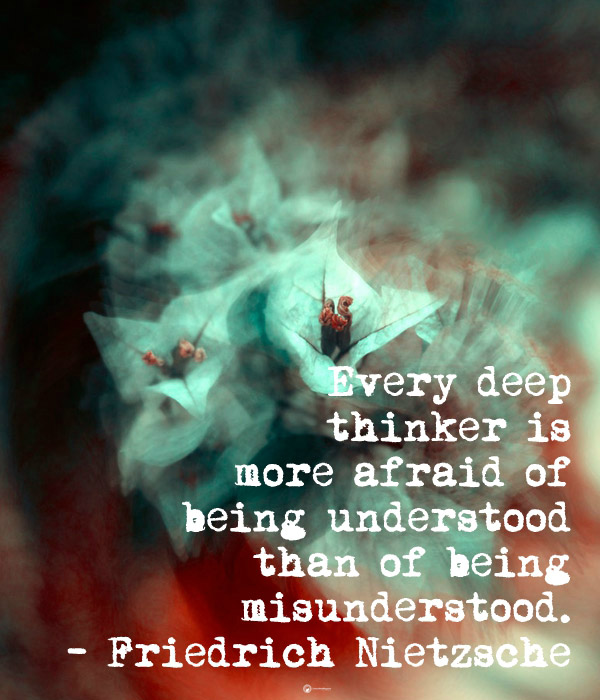 9. They’re pretty hesitant when it comes to love.

Deep thinkers never jump into relationships just for the sake of it. Before they enter a relationship with and commit to someone, they spend a great deal of time analyzing and evaluating their potential partner and all the circumstances.

Of course, their judgments are often wrong. And unfortunately, out of fear of choosing the wrong partner, they often decide not to try anything with that person and they discard their feelings.

10. They fear love as much as they crave it.

Maybe they don’t look that way, but deep thinkers are very sensitive – so much that they try to protect themselves from every strong feeling. And what’s stronger than love?

They’re afraid to fall in love with someone because they know this will put them in a vulnerable position. They’ve seen how love has burned many couples and they fear that the same thing might happen to them. Therefore, it’s very hard for them to dive into love and surrender to it.